Being a Part of Something Bigger

February 2016: there I stood in a dress, in a room, next to five soon to be best friends, unaware that the next several weeks were going to impact my life in more ways than I could ever imagine. At the time, I was just a girl trying to figure out my niche or where I fit in at UConn. My identity is not the same as it was five years ago, or even two years ago. But the Sisters of Tau Beta Sigma have helped me figure out part of my identity today and who I want to become. I would’ve never pictured myself ever finding my forever friends and creating lifelong memories so quickly. Choosing to join Tau Beta Sigma was not just choosing to join my class or even about choosing to join my chapter, it was choosing to unite with incredible leaders all across the country to become a part of a bigger support system network than I had ever imagined.

It feels amazing to be part of a large group. After joining Tau Beta Sigma, I feel like I am not completely lost in the world anymore. I have figured out a piece of who I am as a person. Being able to share my passions of service, music and sisterhood with other members has so far been one of the best experiences in my life. I feel a connection much deeper with my fellow forty-four Sisters than I do with anyone else. This is special because it’s a connection of a mutual love, not just a connection of living in the same dorm. 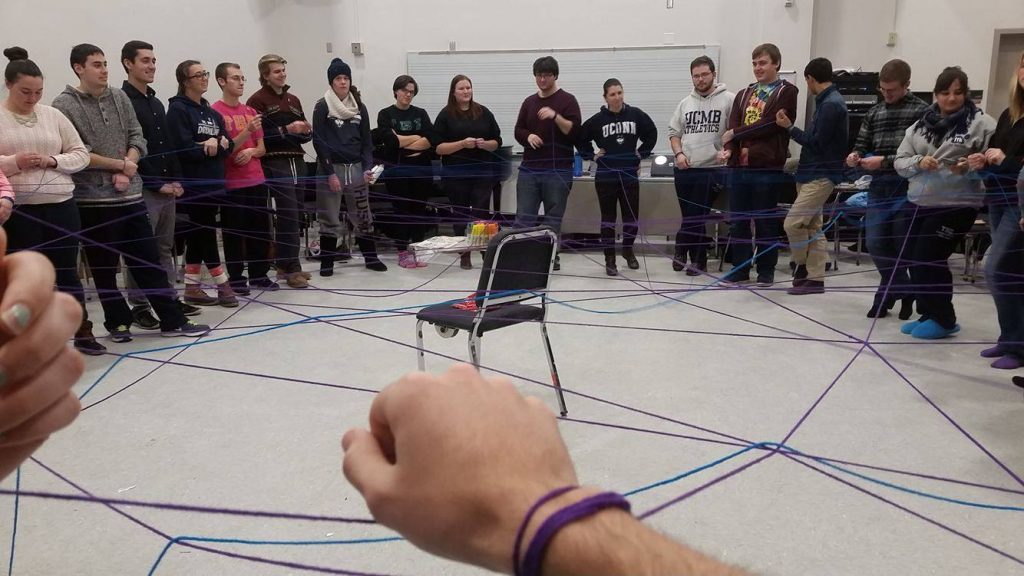 The first support system that one builds in Sisters is your Big/Little relationship. No one tells you “Look, this person is going to be your rock and biggest supporter” because it’s not something to be spoken, it’s felt. Most know it’s standard that the Big looks out for their Little. But the relationship is special because the Big genuinely cares about you and does things for you because they want to, not because they have to. For example my Big, Tom, has given me valentines, comfort food, advice and aid in stressful times of exams and work. He is my go-to person for anything I need. The support system created with Bigs and Littles is not forced. Every dynamic is slightly different but there’s always one similarity: they want to help you succeed in what you want because they are your support.

In Fall 2015, my chapter welcomed a class of two, Gamma Theta. Even being in a class that small creates an intimate support system for everyone to rely on, especially within the class. I talked with the two Sisters, now very close friends of mine, and they explained how they relied heavily on each other and could not have gotten through anything without teamwork. Then the spring semester brought in my class, Gamma Iota. There were six of us in total and we continued to rely heavily on each other and support each other in everything that we did inside and outside of TBΣ. 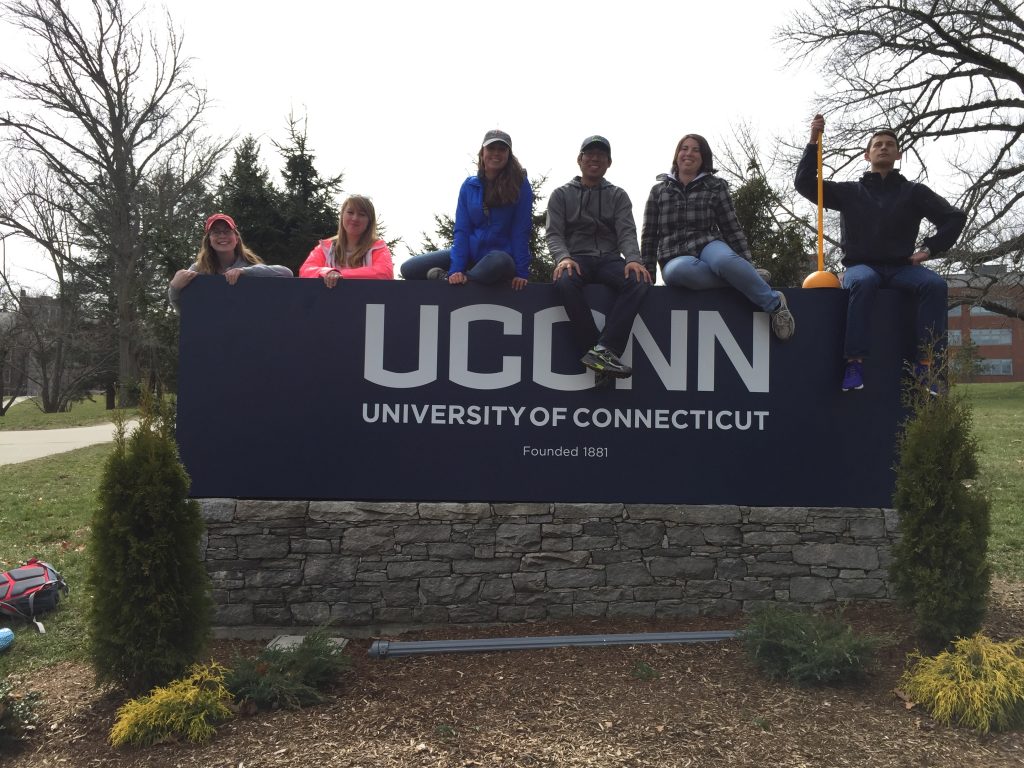 This Tau Beta Sigma support system is what allows members to thrive and grow as leaders, take more chances, and pursue more opportunities because they know they have a network of Sisters all across the country to fall back on if needed. It’s not just Sisters, this network and web of support idea applies to Brothers too. A connective bond is formed within the marching band and other music ensembles between the Brothers and Sisters. Here at UConn we are lucky enough to have strong groups in both organizations, KKΨ and TBΣ. When we come together for events and projects, we form an unbreakable force. We are able to accomplish bigger projects, help more music groups, and be more efficient because we have so many hands working towards one common goal. During each fall semester we all come together to organize and distribute meals to our 300+ marching band members, sew and distribute uniforms, and visit nursing homes to play music for them, just to name a few common joint projects.

Sisters genuinely care for each other and want to see each other succeed. Even while I was still only in the process of becoming a full member, Sisters would never just say “Hi” to me. They were always enthusiastic to welcome me, and actually cared to see how I was doing and offer help and advice on anything when I needed it.

Tau Beta Sigma gives people the chance to try out new pathways that in return bring rewards that they never thought they could achieve. The Gamma Theta class in my chapter put my exact feelings into words by saying, “Being a sister of Tau Beta Sigma is more than just being someone who services the band – it is being someone who can go above and beyond with those who share the same love for music and each other.” When someone becomes a member of Tau Beta Sigma, they are becoming a part of something much larger than themselves. 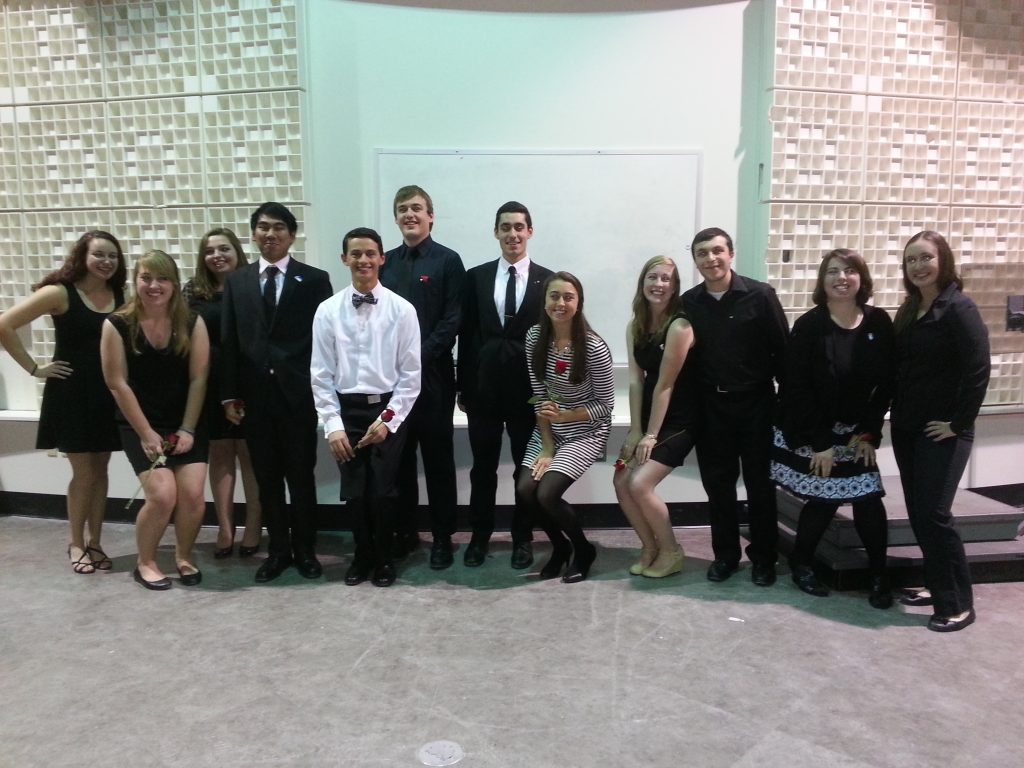 In college you start off on your own. You have to make your own friends and put yourself out there. But since I joined the Sisters, this network of caring passionate individuals has become my home. I am able to fully be myself and do what I love for the band that I love because I know if/when I fail they will pick me up.

Each chapter could be thought of as a thread interwoven into the diverse and beautiful fabric that is Tau Beta Sigma. While we may be feet, miles, or states apart, we will always be tethered together by an unparalleled love that connects us all – the love for music, service and sisterhood. Though we may eventually graduate and go our separate ways, our interwoven threads will forever connect us.

Sisters and Brothers In Song
by Kaitlyn M. Galtere, Zeta Upsilon, TBΣ | [drop...
The Changes That We Persevere Through
by Victoria Wolk, Delta Delta, TBΣ | [dropcap st...
Going For Great With the Focus On Five Campaign
by Erika Pope, Vice President for Special Projects...