McBeth was appointed band director at Ouachita Baptist College (now Ouachita Baptist University) in 1957. He remained at OBU, retiring in 1996 as chairman of the theory and composition department, resident composer, and the Lena Shepperson Professor of Music. In 1971, McBeth served as the commissioning composer for the 1971 National Intercollegiate Band, which premiered his work “The Seventh Seal.” In 1975, he was named composer laureate of Arkansas, the first composer laureate in the United States.

Like many nominations for national awards, the application material is due by January 1 and June 1 to the National Council, and should include: the nomination form, a letter of nomination, examples of the individual’s musical achievement, and letters of recommendation from individuals who know the nominee well. The specific application is posted on the national website under fraternity awards.

Pictured below is the first ever recipient of the W. Francis McBeth award, Zach Friedland. 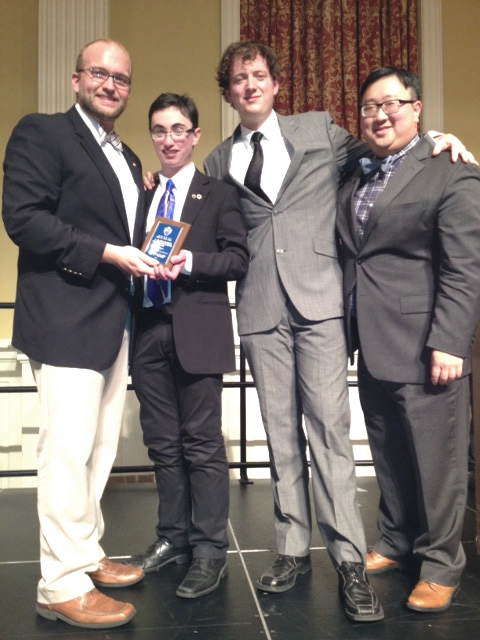